Tim Baerwald found an Ancient Murrelet in southwestern Michigan on the eleventh (see Caleb Putnam's blog for photos and videos from the day it was found). This is a species that is normally spends the winter in the cold waters of the North Pacific off the coast of Washington, British Columbia, Alaska, Kamchatka and Japan (more life history information here). This is an exceptionally rare bird in the Great Lakes (WI has 5 records, this is MI's 9th) and even more exceptional is how confiding and "chaseable" this bird has been (it has been present for two weeks and counting). Most murrelet records are of flybys or just one-day wonders...
Tom Prestby decided that he was going to return from Whitefish Point the long way around the lake in order to see this bird and I decided to meet him over there. I got there at about 11:15AM on the 23rd and within 30 minutes the ten or so birders gathered there with myself were enjoying looks at the bird! Tom arrived shortly thereafter and we spent the next few hours enjoying not only the murrelet but two adult Little Gulls, a subadult Parasitic Jaeger that harassed Bonaparte's and Ring-billed Gulls offshore for about an hour, and a fairly close Red-necked Grebe! 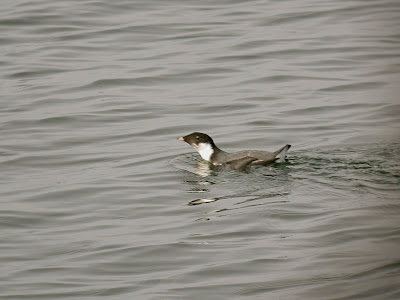 My best digi-scoped shot of the Ancient Murrelet through my Kowa 88. 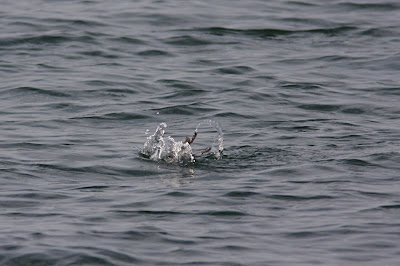 A typical view of the bird that seemed to spend more time underwater fishing than above! 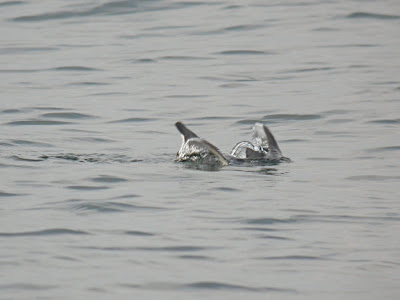 Another look at the distinctive way murrelets dive with their wings. 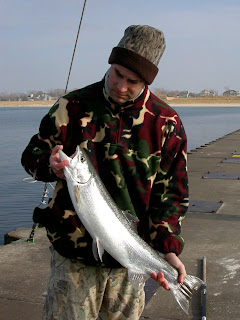 I helped this fisherman net this impressive Steelhead from the pier. 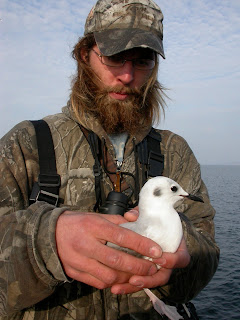 Tim Baerwald, the finder of the Ancient Murrelet holding a young Bonaparte's Gull he helped untangle from a different fisherman's line. 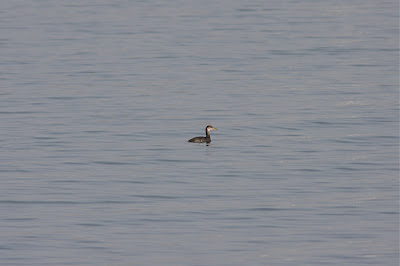 The Red-necked Grebe just north of the pier. 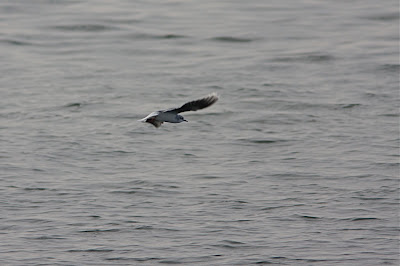 After Tom had his fill shooting the murrelet and little gulls I borrowed his new Canon D40 and had fun shooting pretty much everything that flew by (like this Little Gull)! 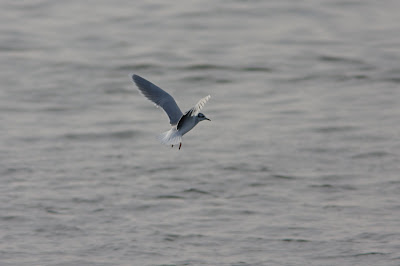 Adult LIGU hovering over the water. 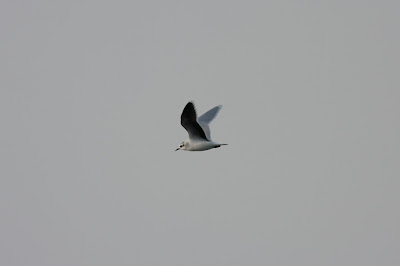 Flyby of one of two LIGUs present. 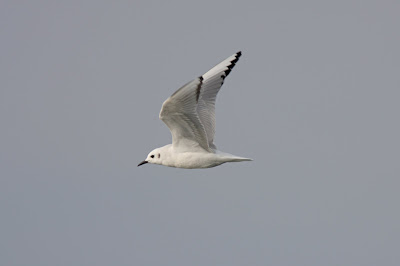 First of many Bonaparte's Gull photos. 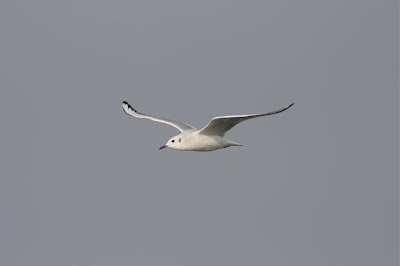 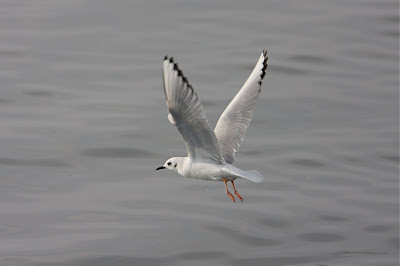 Another BOGU after grabbing a small fish right in front of us. 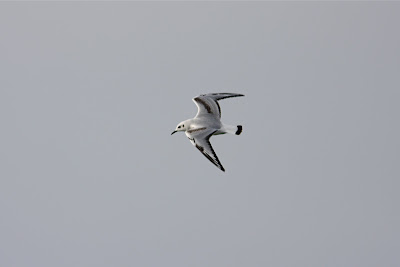 A young Bonaparte's showing off their nice contrasting upperwing pattern. 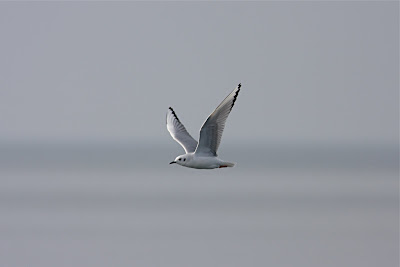 Yet another Bonaparte's Gull (one of my favorite species). 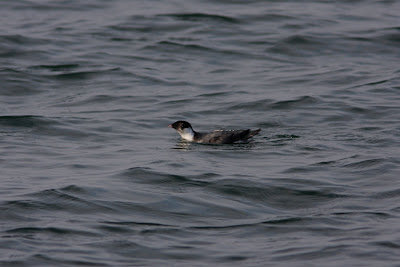 The best shot I managed of the murrelet with Tom's Canon D40. 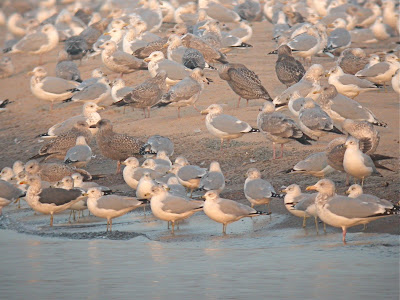 The consolation prize for Tom and I was a stop at New Buffalo where we picked up 3 Lesser Black-backed Gulls (an adult, 3rd winter, and 2nd winter) as well as two adult Thayer's Gulls (THGU being a Michigan bird for Tom and I)! The adult LBBG is on the bottom left and one of the THGU is on the far right and about halfway up (heavily hooded head, dark eye, and the large white apical primary spot).
A beautiful day to be on Lake Michigan in late November!
Posted by Sean Fitzgerald at 11/25/2009 02:24:00 PM